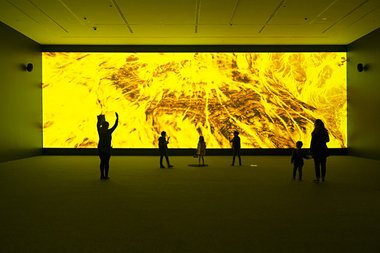 The show itself sprawls across a succession of gallery spaces, some taken over as environmental spaces, others presenting specific objects: faux-telescopes, videos, antennae, pseudo-photographic prints, glass-topped tables and drawings on paper connected to headphones. Several large installations dominate rooms, using sound, projection, and at times scent. The aesthetic is polished and reminiscent of scientific instrumentation.

Energies - a show consisting of works by, and collaborations between, the Australian artists David Haines and Joyce Hinterding - is bold and expansive both in scale and subject matter. As the title suggests, Haines and Hinterding are interested in investigating various forms of physical and metaphysical energy that flows around us: sound, electrical, radio, and then more esoteric notions of information and auras.

The show itself sprawls across a succession of gallery spaces, some taken over as environmental spaces, others presenting specific objects: faux-telescopes, videos, antennae, pseudo-photographic prints, glass-topped tables and drawings on paper connected to headphones. Several large installations dominate rooms, using sound, projection, and at times scent. The aesthetic is polished and reminiscent of scientific instrumentation.

It’s good to see the Christchurch Art Gallery present a substantial show of sculptural work by two international artists. Energies was curated by Anna Davis from the Museum of Contemporary Art in Sydney, and it isn’t afraid to tackle difficult and sculpturally challenging material. The Gallery has sometimes suffered recently from a slight sense of provincialism, in part prompted, no doubt, by the practicalities of organising travelling shows in the midst of its post-disaster reopening. While there’s nothing wrong with shows that make smart, effective use of the Gallery’s collections, bringing new and unfamiliar works into the Gallery conversation helps expand the possible conversation.

Indeed, David Haines’ previous appearance in Canterbury was as part of the [Physics Room’s Otira project] back in 1999, almost two decades ago. The Otira project prompted a series of furious locals to go to The Press expressing their outrage at the waste of public money and obscenity involved, and Haines’ work (Otira Cemetery) featured in a Press roll-call of shame as, succinctly and accurately, “a fake cemetery”. This time round, it seems likely his work will receive a much more positive public reception.

Certainly, a work like Geology is a clear crowd pleaser with it’s more-than-human scale, attempt to conjure up the sublime, technological thrill, and interactive nature. The use of a video game engine allows visitors to move through fictive spaces reminiscent of red Mars or some other scientifictional planet. Likewise, Haines’ interactive audio drawings (the Soundwave Induction series) offer ways for the audience to directly and literally engage with the work on a tactile and audible level, becoming part of an easily comprehensible feedback loop.

One of the strengths of Energies is the way it moves between prosaic and poetic elements, both in terms of the materiality of the work and the concepts at hand. A work like Encounter with the Halo Field takes the comparative prosaic part of modern life filled by electricity pylons - an aspect sometimes seen actively banal or as mere visual pollution - and transforms it into a slow, moving investigation into the way we are constantly surrounded by flows of energy.

At times the interactive, immersive elements dominate the more subtle aspects, and the show feels slightly like a visit to the pre-quake Science Alive on Moorhouse Avenue. And while the show is physically diverse, the central conceits of pseudo-scientific investigation are repeated throughout in a way that occasionally suggests a slight staleness. However, these aspects might not be negatives for other viewers. The technical challenges of staging a show including several noisy, absorptive works requiring an immersive viewing experience within a comparatively confined set of spaces have been dealt with effectively so that this aspect, which could have otherwise amplified a gimmicky and cheap feel, does not intrude.

Energies is an engaging and accessible way for the Christchurch Art Gallery to present some challenging aspects of sculpture in the expanded field to an audience which has not had the opportunity to see much novel international work of this quality over the last few years. 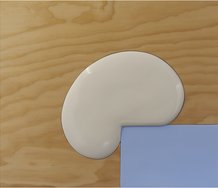 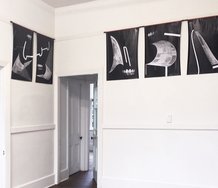 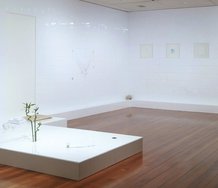 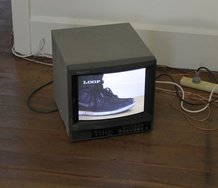 Human in the Loop

a loop is a loop