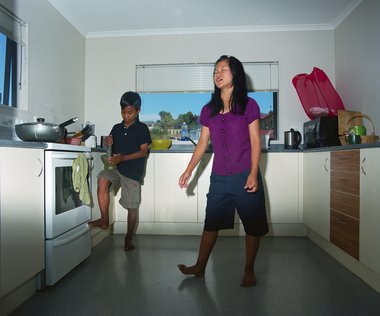 Chitham's selection sees four first generation immigrant artists using predominantly the photographic medium to depict life in New Zealand for those who could be classified as divergent and at odds from the ‘norm'.

The notion of the Other and the language of otherness has recently become a staple in philosophical thinking thanks to Foucault, Derrida and the like. As globalization and population drift becomes more pronounced, the West’s encounter with non-western cultures has sharpened such discourse, raising awareness of the nature of difference and the challenges involved, political and otherwise, toward that which is perceived as alien.

New Zealand has become a microcosm of such tensions. The recent White Supremacist march in Christchurch is a graphic example, where Right-Wing Resistance members demonstrate the fear of the Other, propelling it in both directions.

The Last Interpreters, curated by Karl Chitham sees four first generation immigrant artists using predominantly the photographic medium to depict life in New Zealand for those who could be classified as divergent and at odds from the ‘norm’.

Of the four, Edith Amituanai’s La Fine Del Mondo series best portrays the sense of alienation of people (refugees from Myanmar/Burma), uprooted from their own place and culture and plonked down inside an urban Auckland setting, lost somewhere in the herbaceous mown lawns of suburban Massey. The incongruity and sense of displacement is subtly suggested in Chilli, 2012, in what appears at first glance to be a simple domestic scene; two children standing in a clinically clean kitchen complete with venetian blinds and blue sky view out the window. The girl appears to be dancing/singing, while the young boy prepares food. Not your typical or traditional image of Kiwi custom or household paradigm. The sense of estrangement for the young refugees is acute while our own uncomfortable confrontation with the Other works on several levels.

The Pacific experience is documented by Tanu Gago with his coloured photographs snapped in a nightclub somewhere in Otara. Called, You Love My Fresh, (a line that could have come straight out of the poetry of Tusiata Avia) is the signature image that captures a young Samoan man, t shirt raised to reveal an emblematic clash of two opposite worlds that delineate cultural assimilation to the point of debasement. What looks like a Pack n’ Save supermarket label pasted on his stomach beneath a tattoo declaring his ethnicity and identity, reads as an invitation to libidinous congress. Cultural contamination could not be more strikingly explicit. Funny in one way. Sad and obscene in another.

Sanjay Theodore arrived in New Zealand from India at the age of nine and lives in Christchurch, home to the White Nationalist Movement. His work in this show, Variations on Plato’s Cave, is not particularly helped by the title. The allegory with its dualism that plays off the real against the shadow world of illusion perhaps at a pinch could be made to fit the dualism implicit in the homogeneous/heterogeneous theme. But how do separate photographs of a crashed car, a winter landscape and map of India speak to this? Maybe the West to this artist is such a foreign country that it seems like a bad dream.

The fourth member of the show, Carolin Casey, has borrowed the Andy Warhol ploy of prolonged, concentrated movie footage of a singular object, in her case, water, documenting the manipulated flow of the substance by major hydro-electric projects. Water is thereby revealed for what it has become - a commodity of capitalism and corporate power. Thus the individual is alienated from this fundamental element in terms of use and control.

She is the odd one out in this quartet of interpreters, which nicely makes its own point, I suppose, in the context of the whole show. 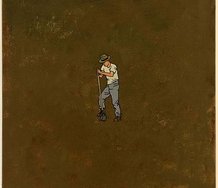 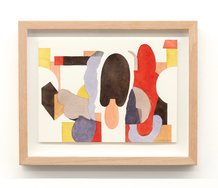 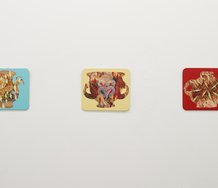