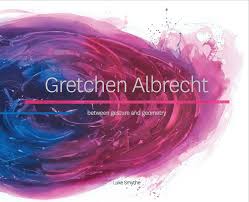 I suspect most people really only know Albrecht's hemispherical works, but here they will be introduced to the artist's early figurative, expressionistic and pop art-influenced work of the 1960s and ‘70s, and the experiments with Frances Hodgkins and the stained canvases of Frankenthaler, Rothko, Lipsky, Noland and Louis.

Massey University Press is giving the established players in New Zealand art publishing some stiff competition with their elegantly produced and beautiful books. Even before diving into Mary Kisler’s Finding Frances Hodgkins, it’s a gorgeous wee thing, conveniently sized for reading on the bus or, appropriately enough, to put in a suitcase and go travelling even further afield. Perhaps we may anticipate the advent of the Frances Hodgkins Grand Tour?

Frances Hodgkins, one of our greatest cultural exports along with her contemporary and near reflection Katherine Mansfield, explored and painted England and Europe for more than four decades. What Kisler (Senior Curator, Mackelvie Collection, International Art at Auckland Art Gallery) has done is weave together art history, travelogue and psychogeography to retrace those travels. In New Zealand most publishers seem to prefer their art history straight—Murry Edmond’s Dark Night: Walking with McCahon (AUP 2011) being a distant cousin and rare exception. Kisler writes with a light touch and includes herself in the narrative without being intrusive, in such a way that getting to know her is a natural and pleasant component of the text and doesn’t distract from Fanny H. at all.

This is a very different kettle of fish to E. H. McCormick’s Portrait of Frances Hodgkins (AUP 1990), Linda Gill’s edited Letters of Frances Hodgkins (AUP 1994), or Joanne Drayton, Frances Hodgkins: A Private Viewing (Godwit 2005, and the closest attempt yet to bringing Fanny out of the closet - still waiting on that one) though it weaves together threads of each, and is presumably a less official, more personal text than the upcoming Frances Hodgkins: European Journeys (AUP 2019), edited by Kisler and Catherine Hammond, accompanying an exhibition of the same name at Auckland Art Gallery, and to which this text may be considered a sort of safe pendant.

In Finding Frances Hodgkins, Kisler supplies to often missing experiential sense of place to the paintings, teasing out the details that would otherwise get lost in a strictly biographical or art-historical methodology. In doing so, she taps into and supplements the tremendous picturesque and sensory appeal of Hodgkins’ impressionist and post-impressionist phases. It’s also particularly effective, I think, in teasing out the evolution of Hodgkins’ work to its later abstract phase. The abstract paintings with their muddy, earthy palettes, with a few notable exceptions such as The Pleasure Garden (1932, Christchurch Art Gallery) have never struck me as particularly French, and I suspect they keep their roots firmly planted in the soil of English Neo-Romanticism and the likes of John Minton, Graham Sutherland, Ivon Hitchens and Prunella Clough.

Needless to say, it’s also handsomely illustrated with reproductions of Hodgkins’ paintings (kudos for keeping those tricky colour values true), illustrative material and Kisler’s snaps of the scenery as it is today. I love it.

Women artists have long been poorly served by art publishing, and it goes without saying that this book is a move in the right direction, as is another book out of Massey University Press, Gretchen Albrecht: Between Gesture and Geometry by Luke Smythe, a lecturer in Art History and Theory at Monash University in Melbourne, though he did previously lecture at Otago. Albrecht is such an important figure in New Zealand modernism, first in painting and now sculpture. I suspect most people really only know the hemispherical works, but here they will be introduced to the artist’s early figurative, expressionistic and pop art-influenced work of the 1960s and ‘70s, and the experiments with Frances Hodgkins (such as Still Life with Leaves, 1970) and the stained canvases of Frankenthaler, Rothko, Lipsky, Noland and Louis (like Blue Shift, 1972 in the Alan Gibbs collection).

The shaped canvases enter the scene around 1980, the product of visits to Europe and the US. Smythe rightly detects the historical European influences from Piero della Francesca to Matisse as being just as important as exposure to contemporary American modernism in this regard, though in the stage sets Albrecht made for Gilliam Whitehead’s opera adaption of Tristan and Iseult in 1978, I detect the kind of baroque architectural theatricality that brings them together in synthesis, and elevates the lunettes as something strikingly distinct above her ovals and rectangles from the 1990s onward. The forms Albrecht labelled “hemispheres” first appear as formal motifs within the paintings themselves, as in Cerise (1980, private collection, Auckland), or as the corners of more complex shaped canvases. Then in 1981 come the diptychs of separated, reflected and rotated quadrants, Lament and Chant, recalling, as Smythe notes, the baldacchino-like cloak of Piero’s Madonna del Parto (1460, Musei Civici Madonna del Parto, Monterchi, Italy) and the call and response of a karakia.

Smythe links the hemisphere form to the Madonna del Parto as well, but it’s such an archetypal form that also evokes arches, fanlights, fans, slices of lemon, wings, and even the motion of car windscreen wipers. In Albrecht’s hands it has demonstrated such tremendous utility and versatility that one can still be astonished by the variations she has brought forth from it. It’s a powerful thing when an artist finds a motif that they can make entirely their own. The ovals have never held quite the same structural robustness for me until Albrecht started translating them into metal sculptures in the mid-2000s, Seasonal Memoire (2008) and Threshold - Shift (2005) for example. That in itself is a wonderful revelation.

It’s a marvellous book, lushly illustrated, and Smythe’s text is lucid and informative, if perhaps a little academic, a mite too even toned when one might occasionally hope for a poetic rush of transcendence (to be fair, we are treated to more of that when he interrogates the sources of some of Albrecht’s more erudite titles) or a bit more biographical detail (some of the latter finds its way into the endnotes, but why make me go looking?). I suppose I was craving a bit more atmosphere and passion.

Nor does Smythe give the impression of being particularly comfortable dealing with the early figurative work, treating their narratives as purely psychological. What’s the point of acknowledging that they draw on the artist’s experiences if you don’t offer some more concrete biographical detail? And it seems bizarre to discuss Albrecht’s Susanna and the Elders (1963) with only a glancing explanation of the Biblical subject (Book of Daniel, Chapter 13, for the curious). I want to know why she chose that subject.

These are only minor cavils, however. This is a standout book showcasing the career of a standout artist. 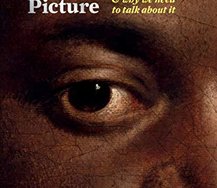