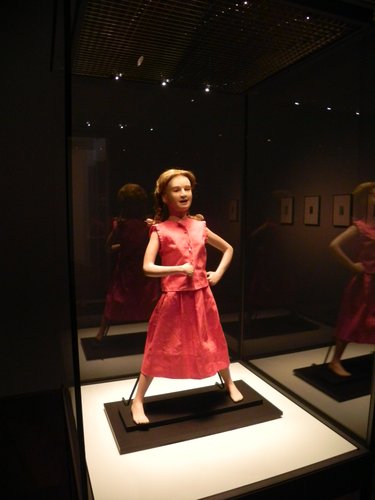 The initial appearance of Bartlett's work is unsettling. The dolls are incredibly realistic in their detail (one doll of a young girl is sculpted with the tip of her tongue playfully poking out of the corner of her mouth), and the photographs are similarly stark in their realistic poses and dramatic lighting. Dolls arguably have their own strong, dark connotations and these portraits, which are meticulously framed, are unnerving in their attention to detail.

The on-going exhibition series Secret Universe at Hamburger Bahnhof in Berlin is an attempt to present works by artists generally overlooked in mainstream art discussions. The third exhibition in this series is dedicated to the work of Morton Bartlett (1909-1992), an American artist whose central work consists of a series of photographs of hand-made dolls which he created between 1936 and 1963.

The dolls and their garments and accessories were all made by Bartlett himself, and then photographed in realistic poses before being stored away in his home, never to see the light of day again during his lifetime. The amount of work each doll required was extensive, with one source suggesting a single doll head alone took over fifty hours to complete. When Bartlett passed away in 1992, his photographs and models were discovered by those who had come to divide up his estate, and have since been shown in galleries across the world. He is one of the only outsider photographers included in the permanent collection of the Metropolitan Museum of Art in New York City, and his sculptures and photographs are also part of collections in Lausanne, Switzerland and San Francisco, California.

The initial appearance of Bartlett’s work is unsettling. The dolls are incredibly realistic in their detail (one doll of a young girl is sculpted with the tip of her tongue playfully poking out of the corner of her mouth), and the photographs are similarly stark in their realistic poses and dramatic lighting. In one photo, a baby’s head emerges from swaddling blankets crying, while in another a young girl sits in a chair, scolding three small dogs in front of her. Dolls arguably have their own strong, dark connotations and these portraits, which are obviously meticulously framed, are unnerving in their attention to detail. What adds a much more human element to the whole exhibition however is the inclusion of Emily Harris’ short, empathetic documentary about Bartlett entitled Family Found. Interviews with everyone from Bartlett’s quiet and unassuming neighbours in the 60s to John Zorn (who also provides the soundtrack to the film) paint a picture of a lonely individual, who pursued his work as a private hobby.

By examining the private life of Bartlett, an orphan from the age of seven who never married or had a family himself, the dolls and his portrayal of them on film take on a different and altogether more tragic tone. As the name of Harris’ short film suggests, Bartlett created a whole world with his creations, suggesting complex narratives and histories through his photographs, right down to the finer details of their clothes, facial expressions and staging. Perhaps the most helpful insight on his work comes from Zorn’s observation that primary in Bartlett’s oeuvre are the photographs themselves rather than the sculptures. When viewed together, the images almost seem to form a nostalgic collection which Zorn likens to an old grandmother’s family photo album, suggesting loss and yearning; the spectre of isolation and longing hangs over the entire exhibition.

While the effect is certainly stirring, it is also strange to see a show like this in a hall like Hamburger Bahnhof. Again, possibly due to connotations of dolls outside of the mainstream art world, the exhibit seems more akin to something from a history museum or some sort of antiques display than contemporary art. Ultimately, that might be the whole point though given the mandate of the Secret Universe series to break with the typical art discourse and opening up dialogues about overlooked or outsider work.

For me personally the show is held together entirely by Harris’ documentary. By bringing Bartlett’s personal life into the exhibition, a whole other layer of psychological depth is added, which I think is not necessarily accessible through the photographs and sculptures alone. Bartlett’s personal vulnerability defines his work. 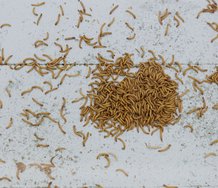 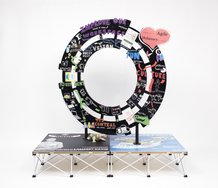 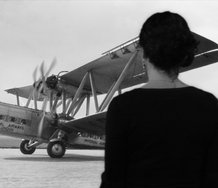