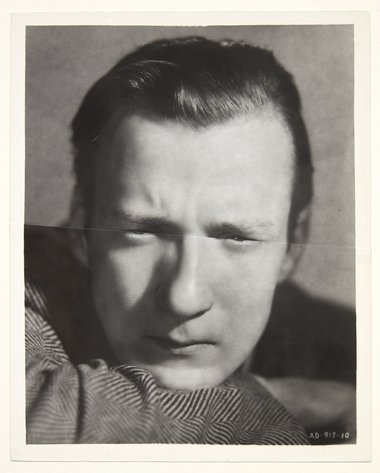 Politically important in the international art world, Stezaker's collages demonstrate the ability of the image (and the unconscious) to fight back against the inflated dominance of the word and articulated conscious argument. They also declare their own physicality, the presence in the gallery of the materials they consist of, their properties as cut-into printed-on substances, and the importance of the photographs' and postcards' scale.

With the Robert Leonard-curated exhibition presented in Melbourne, Wellington, Christchurch and New Plymouth, this separate dealer show presents John Stezaker’s extraordinary collages in Auckland. Politically important in the international art world, they demonstrate the ability of the image (and the unconscious) to fight back against the inflated dominance of the word and articulated conscious argument.

They also declare their own physicality, the presence in the gallery of the materials they consist of, their properties as cut-into printed-on substances, and the importance of the photographs’ and postcards’ scale. They counter the digital and magazine-reproduced photographic, plus they have their own dynamic in the gallery, for they are divided into groups.

Stezaker displays twenty-five images, using his characteristic b/w film stills from the forties—which he acquires by the boxload—combined sometimes with coloured postcards from an even earlier decade. Cut in straight lines and using very carefully aligned juxtapositions, Stezaker employs logic in that he avoids the fiddly. He does not trim off image sections that contradict the newly discovered ‘reading’, but instead delights in the paradox. He likes to show the simplicity of the process—doing enough to make his point but not overstating it, not hiding what was there before.

Stezaker demonstrates about a dozen types of ‘content’ according to the nature of the images that he pairs up. With the portraits he makes you think about facial templates, the physiognomy types that get repeated, bone structures that he exploits so that people from very different origins seem closely related. Often the two actors’ faces could almost be the same person. You closely compare eyes, nose, mouth, hairstyle. You look for differences too, and wonder.

With his overlaying of landscape or seascape postcards, rocks become eyeballs or lips, tree trunks noses, cliff-faces hideous cheekbased deformities. With the central removal of circles in crowded courts or dancehalls, hovering white discs become mysterious symbolic entities out of science fiction—tunnels through time–or a religious cult. With the removal of top-hatted male bodies, their black silhouettes become ‘shadows’, often with softer attendant shadows of their own. When sections of both eyes are removed or supplemented, the titles become Blind or Love.

The big difference between this show’s selection of collages and those of Lost World, is the inclusion of the Aviary series. The thrushes, starlings, cuckoos and woodpeckers painted in ‘natural’ settings make us think of taxonomies—especially when examining in contrast the background photos which are turned on their side and are ‘culturally’ urban—ways of generically classifying through beyond ornithology, looking at location, gender, species and age; and perhaps too with the birds (via art history and Stezaker’s early inspiration, Joseph Cornell) which speak of the power of the imagination to ‘soar’ and ‘escape’.

While the Aviary series appears to be about exploring logic as a way of connecting the layered images, and might be thought of as dryly using reason for reason’s sake, most of Stezaker‘s work seems focussed on the emotional response of you the viewer, whether that be revulsion or laughter. That is his great skill. His images sneak up to suddenly affect you with bodily-shuddering disgust and amused exhilaration, not one or the other, but both, simultaneously.