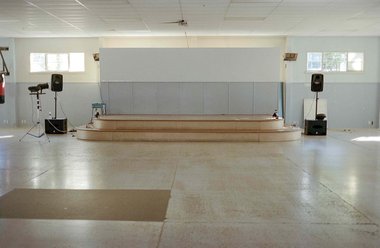 Of course, where Porteous's work differs most from the New Objectivity style is its colour. New Objectivity's agenda was serious: utopian, futurist; worshipping machinery and the industrial, and could only have been expressed in severe black and white. Porteous, by contrast, is a sensualist, so colour is her natural element and in her work she plays it like a virtuoso. This, along with her astute compositional skills, is what makes her work so genuinely attractive to her generation.

In the 1930s and ‘40s a common wedding present for a certain class in New Zealand was a framed photographic print by George Chance. Legend has it that he sold 30,000 of them in his lifetime, and there were few homes of distinction - certainly in Christchurch - lacking one. They are now collectors’ items, remain ubiquitous in antique shops and on TradeMe, and sell from from between around $190 and $500.

In terms of décor, the Chance photographs were an interestingly generational phenomenon. With their seasoned Pictorialist style they placed New Zealand scenes within a reassuringly European art context, posing no threat to prevailing mores or raising uncomfortable questions about the relationship of “landscape” and “land” that had been vexing another culture for a century.

The notion of “décor” had been somewhat despised by Modernism - structure was the thing: décor was, essentially, superficial - in a similar way to the notion of the “decorative”: things more socially derived than ideologically. Decorative’s frequent adverb “merely” said it all. Viennese architect Adolf Loos even considered ornament a crime. The lyre-bird’s drive to gussy-up its domestic environment was laughed at, an avian foible superior humans needed not to stoop to. But ideologies tend to have an inhuman, school-mastery edge that human beings eventually rebel against.

Most architectural and design magazines may still privilege structure over decor, but the wider evidence is people like to have their stuff around them at home, and the more considered it is the more it fits the notion of décor and is meant, at least partially, to be an expression of their personalities, an interface with the world. A Barcelona chair is not just something to sit in: it’s a symbol of taste and a gesture to historical Modernity.

Modernism’s purist agenda was also uneasy with the use of words such as “style” and “fashion”, both of which were suggestive of the dreaded superficial. The notion of style offended Modernism’s mania for originality, and fashion suggested something passing when timelessness was high on the Modernist menu. Now, two generations after the passing of that movement’s hegemony, few under thirty-five have any problem with style and fashion as concerns. Indeed style and fashion have become things to be openly striven for and be unashamedly comfortable with.

In the 1950s New Zealand finally came to terms with an architectural and decorative Modernity, replacing the pre-WWII fashion for Deco, the merely Moderne. George Chance’s sepia prints went into the garage. New Zealanders’ mania for landscape imagery, however, was too strong to have it outstripped by any new-fangled abstraction in terms of décor (1), and the exiled Chances were replaced nation-wide by the productions of White’s Aviation Ltd: hand-coloured photographs of classic local landscapes rendered in the pastel shades prevailing fashionably at the time. (2) These images were considered rather middle class by those few who had begun collecting original art by New Zealand artists in that decade, but White’s too have since become serious collectors’ items. (3)

In terms of décor the 1960s was the decade of the commercial print, and especially the poster. These latter ranged from Aubrey Beardsley and Toulouse Lautrec to portraits of pop stars such as Jimi Hendrix and imagery relating to hippy flower power and rising political protest by a younger generation, some of whom in the following decade laid the foundations for what might be considered as the first emanations of a contemporary photography movement with enough critical mass to sustain itself.

Naturally for the two decades after that few domestic interiors other than photographers’ own saw any display of the black and white prints de rigueur at the time. But, in a global phenomenon, photography gradually gained a footing in contemporary décor, and here over the final fifteen years or so of the 20th century images by Anne Noble, Peter Peryer and Laurence Aberhart began setting a trend that has gathered pace ever since. It would be hard enough, at this close distance, to outline a credible history of taste covering this period, but when it comes to developments in the medium itself and their vast social implications, such a project becomes impossible. We can know as little of what is actually happening now as a fish knows of the chemical composition of water.

What exhibitions such as Meg Porteous’s show unmistakably, though, is that a lot has changed in terms of production, environment and audience since the millennium. Photography’s now-wide acceptance as a legitimate visual medium is just the tip of the iceberg. Other factors include a proliferation of teaching institutions, the digital revolution, rapid developments in camera technology, the internet, social media, a flattening out of the boundaries between art and design, and the rise of an image-savvy and connected generation whose daily interface with imagery is on a massive and almost unconscious scale. Forget about Esperanto, photographic imagery is the new lingua franca.

Porteous is a recent graduate of Canterbury University’s School of Fine Arts whose photographic tutors are Glenn Busch and Tim J Veling. Recent graduates there such as Hannah Watkinson, Mitchell Bright and Ellie Waters have clearly been influenced by Busch’s long-standing focus on social documentary, but others, like Porteous, have eschewed this approach for a more free-wheeling response to the physical world, the work shaped less by social patterns than an awareness of photographic history, fashion and style.

Porteous’s earlier work shows few visual connecting threads - as is usual for someone finding their feet artistically - but reveals a voracious appetite for the facts of things and the details of their interaction. In the past year or so as her work has matured there are increasing references to the photographic style of the New Objectivity movement of the 1920s and ‘30s, especially in her use of the diagonal to hold a composition in place. She also employs the New Objectivity strategy of avoiding the horizon line - her camera points up or down - as well as revelling in the abstract pleasures of intersecting elements.

Where her work differs most from that style is its colour. New Objectivity’s agenda was serious: utopian, futurist; worshipping machinery and the industrial, and could only have been expressed in severe black and white. Porteous, by contrast, is a sensualist, so colour is her natural element and in her work she plays it like a virtuoso. This, along with her astute compositional skills, is what makes her work so genuinely attractive to her generation.

Parlour Projects is an appropriately stylish and new exhibition space in Hastings, run by an entrepreneurial and savvy young woman, Sophie Wallace (4). These are the conditions under which an acceptance of photography by younger generations can flourish - not in the public galleries staffed by the art gate-keepers, recycling visual cliches and mired in both artist and curator careerism. Their grimly authoritative and deeply conservative approach is light years away from the refreshing, balls-in-the-air attitude of spaces such as Parlour Projects.

One of the really interesting aspects of this Apparatus show is the accompanying modest publication in an edition of 60. The black and white illustrations in it seem to have been soaking in a bath of bleach for a while before being wrenched through a wringer, hence the insert of a single sheet of coated paper illustrating the same images in colour, postage stamp-sized. However, what makes this catalogue (5) unique are the artist’s notes on pages 22 and 23 on nine of the show’s images. Each note has three components: “1. Where the photo was taken, 2. Describe the photo, 3. Makes me think of.”

Here is one example:

This approach to information could be seen as naïve, unnecessary or even patronising, but to a new audience it could actually be helpful in suggesting points of engagement, and certainly a refreshingly direct option when compared to the lumbering essays replete with jargon usually featuring in the ‘major publications’ accompanying most art photography shows in the public galleries. Engagement is one of the photographic medium’s strongest suits, and in this sense Porteous’s Apparatus could be doing its work.

(1) Some of the more advanced architects introduced abstract wall murals into their buildings, both commercial and domestic, but this pioneering practice was extremely limited and too far in advance of public taste. A good example was the Group’s first house at Belmont on Auckland’s North Shore in 1950, featuring a mural by Anthony Treadwell on a structural wall marking the transition from kitchen to dining/living room.

(2) In advance of the famous 1953/54 Royal Tour, the Railway Workshops in Lower Hutt produced two identical royal trains: one for the North Island and one for the South. They were exact in every detail, except one. On the wall of the North Island train’s sitting room was a hand-coloured photograph of Mt Ngauruhoe and in the South’s a hand-coloured photograph of Mt Cook.

(3) An amply-illustrated book by Peter Alsop tracing the history of this firm’s hand-coloured productions is in preparation and will be published by Potton & Burton later in the year.

(4) This initiative is paralleled by Hannah Watkinson’s In Situ Photo Project photography space in Christchurch. See this writer’s piece Resurrection on this site 24 April 2016.

(5) It’s a sort of catalogue to the show. The exhibition contains 12 images, but the catalogue lists and illustrates a further 9.