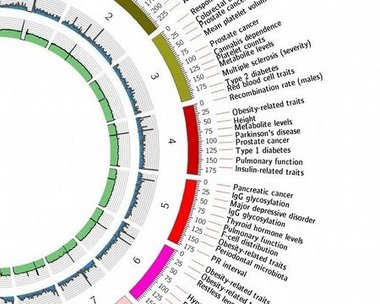 In having this ring chart presented as a projected, newly ‘immortalised' artwork, the information stays dematerialised in the conceptualist tradition. It is based on digital data and is of light - accentuating (as a foil) Apple®'s presence as a living bodily entity hoping to generate more of the same artwork in the years ahead.

Billy Apple and Craig Hilton
The Analysis of Billy Apple®

This brief exhibition carries on the story of The Immortalisation of Billy Apple® where his cells in 2012 were deposited with the American Type Culture Collection in Virginia to be part of a resource of genetic material that can be grown indefinitely in cell culture medium for use in research by scientists and artists together. Just as Barrie Bates ‘rebirthed’ mentally as Billy Apple in 1962 - redefining his body as an art brand - so Apple® (as a newly registered company two years ago), with the help of his artist/scientist colleague Craig Hilton, enabled the possibility of corporeal/artistic replications in the future.

In a second show at Starkwhite, last year, we saw a film of Apple®’s cells reproducing. This perpetuation of the Billy Apple® Cell Line was conceptually a variation of the bodily secretion works he made in the seventies - a celebration of physical residue created by the body artwork to make more art.

With this current exhibition of a single projection, a circular graph or map, the content direction changes slightly. We are presented with a very detailed analysis of Apple®’s genome, a methodical (but selective) examination of his 22 (paired) chromosomes, ordered in descending size, plus his two male X and Y ones. In having this ring chart displayed as a projected, newly ‘immortalised’ artwork, the information stays dematerialised in the conceptualist tradition. It is based on digital data and is of light - accentuating (as a foil) Apple®’s presence as a living bodily entity hoping to generate more of the same artwork in the years ahead.

Apple®’s diagram tells us in detail about his hereditary vulnerabilities, the diseases that could attack the artwork - him and his cell line - and their likelihood. While scary from his point of view (and made public) it also helps as a method of pre-empting them using modern medicine (for the current Apple® body), and in the case of the regenerating cells, remedying anticipated problems using advanced science - though possibly fraught with ethical dilemmas.

In this overlapping and interweaving of art and science, art history, art practice and DNA-based research march along together (amusingly clever in this new context for ‘art conservation’ and ‘brand promotion’) for the benefit of the health and cultural enrichment of our species.