On Shigeyuki Kihara’s Siva in Motion 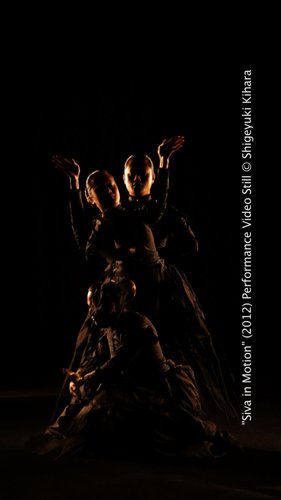 Siva in Motion is not simply an ironic revision of dated Western work by a non-Western contemporary artist. Kihara's work is, rather, a genuine extension of the enterprise inaugurated by Marey and Muybridge: to uncover the optical unconscious. Along with the waving of handkerchiefs and the turning of bodies wearing satchels, chronophotographic exploration has now been extended to take a taualuga as its object.

Shigeyuki Kihara’s Siva in Motion, included in the current Auckland Art Gallery exhibition Home AKL, is a moving-image work in which the artist, dressed in a Victorian mourning gown, performs a Samoan dance called the taualuga. Kihara’s siva - “siva” means “dance” in English - takes place in a backlit, dark void. A blurb accompanying the work tells us that this taualuga describes the movements of the 2009 tsunami which caused more than 189 deaths in the Samoas and Tonga.

Raw video footage of Kihara’s performance does not comprise Siva in Motion. By use of stop-motion effects, Kihara’s gestures often hang semitransparent, overlapping on the screen, tracing the tracks of her movement. Hence the viewer sees Kihara’s taualuga here in a way that does not occur when viewing other taualuga in life beyond this work. By being able to apprehend this siva in the new way offered by the work’s use of stop-motion the sense in which the dance describes the movements of a tsunami is clearer than would otherwise be the case under usual taualuga-viewing circumstances. Furthermore, the overlapping and lingering of gestures on the screen are edited with minute attention to detail so that the blurred streams of opaque after-images occur in patterned crescendo and decrescendo, adding another dimension of wave-like-ness to the taualuga of Siva in Motion.

We can observe at least five historical references inhering in Siva in Motion: (1) by use of period costume, Kihara references the Victorian era, which we might also note was the era of Western imperialism’s zenith, the continued effects of which are scrutinised in works throughout Kihara’s oeuvre; (2) Victorian era chronophotographic experiments carried out by Eadweard Muybridge and Étienne-Jules Marey, forerunners of today’s moving-images; (3) the history of Samoans, since the taualuga, a Samoan art form, is the central feature of this work; and (4) the 2009 tsunami, referred to, and represented by, the dance performed within the work’s diegesis. Finally, (5) Kihara has conceived of Siva in Motion as “an extension” of her 2006 performance Taualuga: The Last Dance, in which, similarly, a taualuga performance is the work’s central feature [1.]. There will not be time here to discuss in full the implications of these references and their combination. For now, I will point out only an aspect of what Siva in Motion does with history itself.

One way of looking at Siva in Motion is to observe that it resembles one of Muybridge’s studies appearing in his Animal Locomotion: An Electro-Photographic Investigation of Connective Phases of Animal Movements (1887), which included studies of people performing tasks such as quickly turning while wearing a satchel, lifting a basket, waving a handkerchief, boxing and ballet dancing. The way in which Siva in Motion displays the exquisite delicacy of movements in Kihara’s siva, especially the hand gestures essential to a taualuga, to my mind recalls the beauty of Marey’s studies of birds’ flight, while also, obviously, referencing Marey’s studies of human movement. However, Siva in Motion is not simply an ironic revision of dated Western work by a non-Western contemporary artist. Kihara’s work is, rather, a genuine extension of the enterprise inaugurated by Marey and Muybridge: to uncover the optical unconscious. Along with the waving of handkerchiefs and the turning of bodies wearing satchels, chronophotographic exploration has now been extended to take a taualuga as its object.

This said, Siva in Motion, performs a concomitant function beyond adding another item to the set of chronophotographic explorations of the optical unconscious. The work bespeaks an absence in the earlier, extensive body of Marey’s and Muybridge’s works which did not include this Samoan activity. Here we glimpse how Siva in Motion indicates an historical dimension of knowledge’s limits. For by bringing to light a specific lack of inclusion in Westerners’ earlier projects, Kihara’s Siva in Motion functions in a kind of metonymic reference to other points of lack in the West’s knowledge and imagination. As is widely acknowledged today, Westerners of the Victorian era often misunderstood the nature of non-Westerners and misread the significance of cultural difference - for example, on the erroneous terms of racial essentialism. Since what is called “cultural difference” is a function of history, this is also to say that Victorians misunderstood and misread the nature of history itself.

Do we do any better today? One of the effects of Siva in Motion‘s adamant locating of itself in the twenty-first century, by its reference to the 2009 tsunami, is that the work avoids any affirmation of our necessarily possessing a better understanding of history’s nature now than others have had in bygone days. The arch-anachronistic gesture of Kihara’s donning the attire of the nineteenth century to mourn events belonging to the twenty-first gives Siva in Motion its bite. If culture and knowledge have historically specific parameters, anachronism must be a way of testing these limits.

Viewers of Siva in Motion should remember that when a taualuga occurs usually it defines time and space in particular ways. The taualuga is customarily the final dance at an event, a kind of grand finale carrying all who witness it over a temporal boundary from event towards post-event. Meanwhile, for the taualuga’s duration its dancer becomes the communal focal point of attention and respect, with others dancing around the taualuga-dancer in a style called “‘aiuli” that works to emphasise the dancer’s centrality and status.[2.]  While the taualuga takes place everyone present is defined spatially in relation to the siva and its dancer. To see what I mean, search “taualuga” on youtube.com where many examples are available for viewing. Keeping in mind how a taualuga usually defines space and time, we can see that one of Siva in Motion‘s uncanny characteristics, which will be more legible to viewers already familiar with the conventions of Samoan dance, is that no one is seen to attend Kihara’s siva with the ‘aiuli-style dancing for which a taualuga usually calls.

Perhaps this offers us a clue to understanding Kihara’s statement that Siva in Motion both ‘draws on - and contributes to’ Samoan concepts of time (“tā”) and space (“vā”), a statement for which I have not attempted to provide an exegesis in this essay [3.]. Here it has been my aim only to indicate that Kihara’s Siva in Motion reinvigorates our experiences of both the European and Samoan traditions it combines, by disturbing each with the anachronistic inclusion of elements from a heretofore unforeseen other. For this work also explores the historicity of knowledge’s limits by begging a further question: Who, among our forebears, could have predicted Shigeyuki Kihara and her Siva in Motion?

[2.] As the ethnomusicologist Richard Moyle describes: ‘In the taualuga a solo dance dancer performing relatively small, slow movements centre stage is surrounded by other dancers performing vigorous actions which have often been (mis)interpreted as clowning. The social significance of this dance, however, lies in the metaphorical dualism which it expresses… [T]he solo dancer is traditionally a person holding ali’i [chiefly] status. While on the dance floor, this individual is shown the respect due to a person of ali’i rank, and this respect takes the form of behavioural patterns which traditionally complement those of the ali’i. In this context, to complement is to compliment, and all the other dancers remain on the edge of the dance areas and [perform ‘aiuli-style dancing]. The more vigourous and frenzied the periphery, the more tranquil and controlled is the centre. And the more vivid the contrast in the size, speed, manner and even sound of the movements, the clearer the complementary characteristics of the central figure, and thereby the greater the respect shown.’ Richard Moyle, Polynesian Music and Dance (Auckland: University of Auckland Centre for Pacific Studies, 1991), pp. 36-38.

[3.] At Home AKL, in a blurb accompanying Siva in Motion, Kihara is quoted saying that the work ‘draws on - and contributes to - the Sāmoan concepts of tā and vā: tā means to beat or demarcate time through beats; and vā denotes the space between things or social space between people.’ 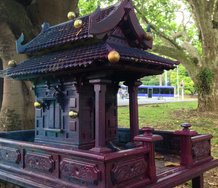 Laird and Singh’s Desecration of “Wihaan” 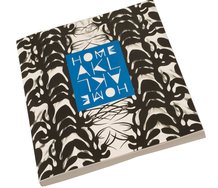