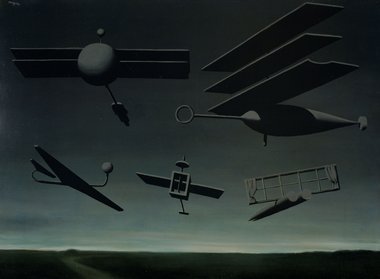 Some of these images are like old friends that you've known for years, and mixed with them are plenty of unusual but excellent works you've never heard of - that you now have the opportunity of engaging with properly. You can get as close as you like. Here there are no stupid taped lines on the floor that you mustn't step over, or sullen guards that follow you from room to room, or electronic heat detectors that loudly whistle when you approach the work.

From Degas to Dali: Masterpieces from the National Galleries of Scotland

I must admit I tend to be somewhat jaded by touring blockbuster modernist collection shows - having been spoilt by visiting lots of museums while living in Europe over 4-5 years. To my surprise last weekend, here in Auckland, I was pleasantly surprised by this exhibition of 79 Scottish owned treasures. It didn’t take too long to realise that the selection is of a consistently high standard (especially when representing famous art historical figures) and although there is a section of second rate imitators, Scottish artists emulating the styles of other more innovative pioneers, one’s delight in encountering a lot of truly great work assuages any possible irritation. If that is the deal to get to the good stuff, so be it.

If one were to quibble, one might ask but where are the great examples of Matisse or Picasso painting? Indeed, there is only a small ‘Blue period’ Picasso and a suite of Matisse prints on paper (and a sculpture) - yet there are many other artists here represented by globally famous works, such as Bacon, Lichtenstein, Feininger, van Gogh and Degas. Their images seem like old friends that you’ve known for years, and mixed with them are plenty of unusual but excellent works that you’ve never heard of - from names like Warhol or Magritte - that you now have the opportunity of engaging with properly. You can get as close as you like - as long as you don’t touch. Here there are no stupid taped lines on the floor that you mustn’t step over, or sullen guards that follow you from room to room, or electronic heat detectors that whistle loudly when you approach the work.

What did I enjoy especially? Well there are three exhibits that I found particularly engrossing. One is the iconic Roy Lichtenstein painting, In the Car (1963) with its unhappy couple, appropriated and enlarged from a Romance comic. The guy is driving, confident and incessantly talking (as if trying to impress her), and the woman, in the passenger seat on the righthand side, is silent, alarmed and tense - as if trapped. The colour is schematic and restricted. His hair is corporate blue as if a continuation of his suit, while her blonde hair matches her leopardskin coat. These people are types - not individuals.

In terms of technique this is an early Lichtenstein - it’s not as slickly industrial in its finish as the later works, for instead of enlarging the Ben-Day dots of photographic reproduction the small circles are stencilled through metal mesh and left comparatively rough. This early painting has an appealing rawness.

Another thrill is a composition set in a back yard, painted by Francis Bacon in the mid forties. Figure Study 1 features a toxic orange lawn, a wooden fence in the background and with assorted flowering plants, what appears to be a thick woollen overcoat and gentleman’s hat thrown over a chair. The dramatic coat has a coarse tweedy texture and the hat looks as if it is being worn by an unseen person. The coat’s rough zig-zaggy pattern is deeply unsettling, as if part of the hide of a living feral animal. It looks crouched as if about to spring into the air.

Rene Magritte’s painting The Black Flag (1937) is another surprise, relatively unknown and quite a subtly dark work. It ostensibly seems to be a comment on the future of aviation, depicting peculiar aircraft made of curtained windowpanes, stacked plywood sheets, piping and spheres that are ominously hovering in the air above a McCahonesque landscape. These planes are positioned in a strange grid formation against a dark night sky slowly changing into dawn, and have a sinister batlike quality. They might allude to the rise of Nazism and the approaching beginnings of the Second World War.

There are lots of other great works here, from Vuillard, Miro, Sickert, Lipchitz, Seurat, Giacometti, Soutine and Warhol especially. Twenty bucks admission is about what you’d have to pay at the door of any major European museum if you were over there. With this show you don’t have to worry about the plane ticket.